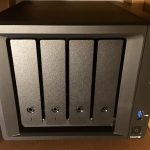 The external HDD wasn’t working well, so I bought a NAS earlier. I chose it because it was a little higher than the introductory machine. I also wanted to use RAID 6 level ones. The reason is that I wanted to keep the level that is okay even if two drives die. It was my first time to buy a NAS, and I chose it because SHR seems to be interesting. When I actually use it, it also functions as an application server, and it seems that various applications such as GitLab and Redmine can be installed, so I think it was better than the high end. Since the load increases when using the WebUI, I think that the backup for the main purpose is not so heavy. For backup, a backup application is also distributed, but in the end, I settled on rsync via smb.

The Macbook air that I replaced the SSD at the beginning of the year cannot recognized the SSD after returning There was talk of a heat problem with the SSD, but it seems that the issue is solved by switching the Sleep mode, and when I switched it, the problem has disappeared so far. 参考サイト:http://vintagecomp.livedoor.biz/archives/51967351.html 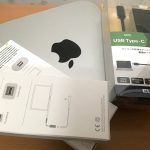 This is the first Mac mini update in 10 years. Recently, I thought that the suspension and network surroundings were getting slower, but M1 was also coming out, so I updated it. The Mac mini is now the third generation. PowerPC-> Intel Core i5, it became M1. I bought a Thunderbolt 3 (USB-C) -Thunderbolt 2 adapter and a Thunderbolt-FireWire adapter to divert existing peripherals. This time, I decided to stop restoring from Time Machine and install from scratch. I was worried about restoring the mail data, but since I had the mailbox on a different drive, I just re-entered the password and it returned to the original. 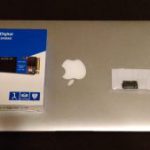 I finally had time to replace the SSD I bought on Amazon’s Black Friday at the end of last year. NVMe SSD doesn’t match the Macbook Air connector, so I bought a replacement connector as well. I’m surprised that I can buy such special small parts online. When using NVMe SSD, it seems that it is necessary to set the OS to High Sierra due to the update of Firmware. For that, the following sites are detailed. http://vintagecomp.livedoor.biz/archives/51961285.html My Macbook Air is Mojave, so there seems to be no problem with Firmaware. On the physical side, it is replaced by referring to the replacement procedure published in various places. I’ve bought a special screwdriver since the first Mac, and I have some, but the set with all of them was cheap, so I bought it and disassembled it. With this, it seems that it can be used for few years. 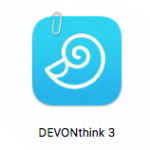 I upgraded Devon Think as a Christmas present for myself. There is no problem with this version, but I upgraded it because I want it to be improved in the future. Looking at the account history of DEVON Think, I bought the Personal Version in 2012 and made it the Pro Version the following year. I remember buying the app at a bundle sale rather than buying it directly. I hope it will continue to grow in the future.

I have updated Rapidweaver. I was hoping for the performance improvements, but before that, I couldn’t open my projects that has my own theme correctly. Even with the upgrade of Ver 6-> 7, one problem occurred around the display of photos.I think that it is a product that can not be helped because it can not be used with this upgrade.I’m going to move these projects to WordPress. 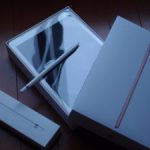 I bought an Apple product after a long absence.It is the iPad which was released recently. I was waiting for the new iPad mini to be released, but rumors are that Apple will not put out it. And Apple Pencil seems to be usable so I bought it as a birthday present for myself. 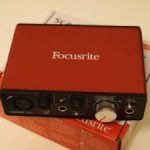 I finally opened the Scarlett Solo G2 I bought in April. The Edirol UA-25 works on OS X Sierra if I turn off the extended mode, but I was worried because the bass would be thin. So I decided to buy a new USB IF under the Focusrite brand name. I used Yodobashi Camera points, so I don’t have to spend anything. 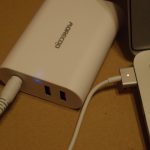 After all, the AC adapter itself broke, so I decided to buy it. It has two USB charging ports and is excellent. 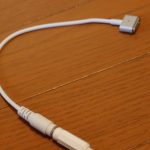 The compatible AC adapter for Macbook Air is broken. It seems that the base of the connector on the main body side is broken. I thought about buying a new compatible product, but in the reviews on Amazon’s site, it seems that there are many losses, so I decided to buy only the connector and repair it. Amazon has a cable with a connector and a DC jack that can be used with a mobile battery, so I made it with a DC jack. When I attach the jack to the one with the disconnection, the repair is complete. The DC jack was only black, so I painted it white after checking the operation.